In the words of Harry Wickey: “One is convinced that the story Curry paint[ed] actually happened. It seems to me that this fulfills Walt Whitman’s hope and prophecy of a truly great native art growing out of American life.” 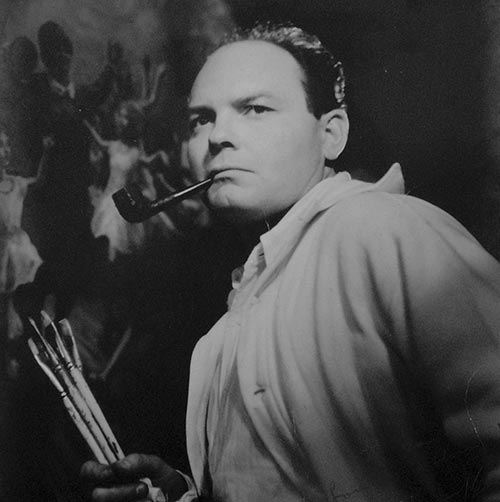 John Steuart Curry was born in Dunavant, Kansas, and, after training at the Chicago Art Institute, the Kansas City Art Institute and Paris’s Academie Julian, major publications such as the Saturday Evening Post gainfully employed his talent for illustration. While teaching at the Art Student’s League and Cooper Union in New York City, Curry rejected the impersonal quality of industrialism to favor subject matter reflective of his agrarian background. Moreover, the circus spectacle that he enjoyed in the rural county fairs inspired him to tour with the Ringling Bros. and Barnum & Bailey Circus, from which were borne a series of sketches, watercolors and paintings that captured the rich pageantry of carnival life.

Curry was commissioned for several mural projects: the Department of the Interior and Department of Justice in Washington, D.C., as well as the Kansas State Capitol in Topeka. Their subject matter reflected Curry’s desire to create art meaningful to the American people. His work is also installed in numerous museums, including the Whitney and Metropolitan Museums in New York. 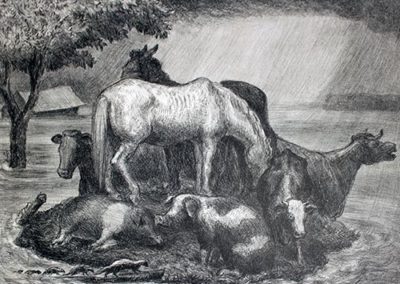 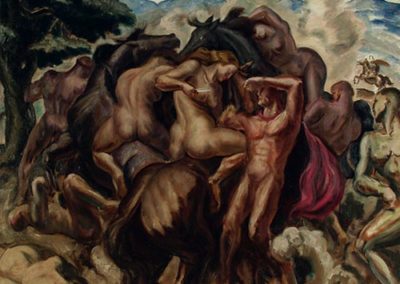 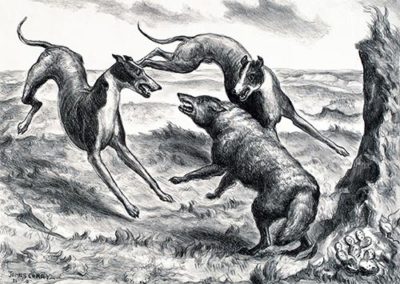 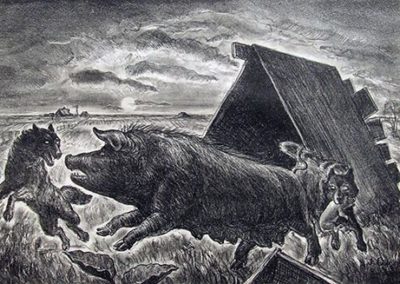